Global container shipping rates are high, but unsustainable in the long term. 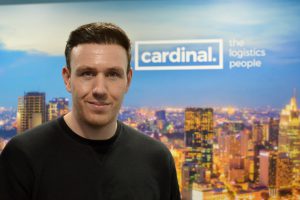 Freight rates remain at record levels across all trades, and this is expected to continue in the short-medium term, potentially impacting negotiations for any longer-term deals that are usually negotiated in Q3/Q4. Current rate levels will be unsustainable long term, as our sector is susceptible to rate volatility, weak economic recovery and trade protectionism, which consistently requires prudent capacity management.

A combination of rebounding demand for goods in Q4 2020/Q1 2021, supply chain disruptions – such as container box shortages and port congestion – and more strategic capacity management drove container freight rates up, especially on key trade routes, such as Asia/Europe and Trans-Pacific. At the time of writing (May,2021), the Spot freight rate for a 40’ HC from any base port to the UK is being transacted at USD12,000-$14,000, and is being maintained at this level, as carriers introduce blank sailings to recover their schedules.

The reality is that many shipments are being booked at significantly higher rates than recorded by indices once carriers add on priority load surcharges.

Trade volume recovery was fuelled by a change in consumer spending habits during the pandemic – ordering more manufactured goods while saving by spending less on services, such as leisure and restaurants. It was further supported by inventory re-stocking by businesses that faced acute supply chain disruptions and increased demand for personal protective equipment.

Total volumes shipped from Asia to North America exceeded 2019 levels by over 7% in 2020, according to Container Trade Statistics. A decline in volumes on the Asia-Europe route by about 5% in 2020 indicates a growth potential throughout 2021 as demand recovers.

Indeed, source ‘China Trade Daily’, reported that in March 2021 imports into China surged by 38.1% and exports from China, worldwide, grew by 30.6%. The data is partly skewed by a low base for 2020 but is indicative of a widespread and material increase in activity within the region.

As laden vessels continue to remain anchored outside of ports on the US West Coast, large volumes of containers remain out of the supply loop, fuelling further shortages in other areas of the world.

Fallout from the Ever Given

Fallout from the Ever Given’s time lodged in the Suez Canal will “ripple” through the economy for the next few weeks or months, according to Maersk, the world’s biggest shipping company.

“We will see ripple effects continuing into the second half of May,” Lars Mikael Jensen, head of Maersk’s Global Ocean Network, told The Financial Times.

The Ever Given, which is among the world’s largest container ships, was lodged in the canal for six days, effectively closing one of the world’s most important trade routes.

The Ever Given was operated by the Taiwan-based shipping company Evergreen Group. The ship was freed on March 29, but remains under arrest with all cargo onboard, due to a financial dispute over damages.

Maersk said about 50 ships had been delayed for about a week because of the blockage. Some of those ships waited on either end of the canal, while others were redirected around the Cape of Good Hope.
The effects of those delays will be felt in ports around the world, the company said. Its advisory warned that delays may vary by location. Busy ports and terminals may not have berths for ships arriving outside their originally scheduled windows”.

Ocean freight rates look set to stay elevated for another two years, as disruption continues to restrict capacity and with new vessel orders remaining relatively low until at least 2023, according to container shipping analyst Drewry, and all the evidence we have seen does support this.

Drewry believes that carriers may have a more difficult time after 2022, as a flurry of new orders in the last few months is set to change container shipping’s supply-demand dynamic.

Drewry’s working position is that port congestion and container equipment shortages “will remain an unwanted feature throughout most of 2021, albeit lessening in degree as the months pass. This will further restrict the availability of capacity and lead to substantially higher average spot and contract freight rates.” It continued: “With higher contracts rates locked in, another highly profitable year is virtually guaranteed.

“For 2022, while we foresee some erosion in freight rates as carriers will lose the inflationary impact caused by the current supply chain disruption – assuming normality is restored by then – we think that lines will manage to stay highly profitable thanks to favourable supply and demand growth trends, alongside skilful capacity management.”

Drewry said “things might not be so easy for carriers post-2022”, adding: “One sure indicator of the heat in the sector currently is the rapid escalation in newbuild contracting. In Q4 20 alone, the volume of new orders was more than three times that of the previous nine months; and contracts signed this year already are far in excess of the 2020 full-year tally – with a staggering 1.45 million teu booked in just three months.

“Moreover, there are other heavily-speculated deals that have yet to make it on to the ‘confirmed’ ledger.”
“These ships are being ordered as if they are for today, not what the market will look like when they are ready for delivery in 2-3 years. Owners are risking paying top dollar for assets that will potentially end the container upcycle.”

“Ocean carriers look set for a prolonged and unprecedented upcycle, which will enable them to improve their financial health, reward investors and spend more. However, if accelerated ship orders continue, there is a risk of a return to over-capacity that will shorten the cycle.”

At the time of writing, we are observing that there does appear to be a shift, although yet to be formally reported, from product to service as hospitality re-opens. Many of our Omnichannel clients are reporting falls in sales activity, for the first time since March last year, and this appears to be echoed in retail sales, post the initial re-opening surge in activity.

It is possible that increased prices, largely resulting from rising raw material and transportation costs, and surging demands, are now at levels where consumption becomes more considered. We have not seen this for some time, but with clear indications that rising pricing is feeding into increased levels of inflation, when does the conversation shift to macro-economic controls, specifically around the prospect of increased interest rates. Whilst discussions around this may appear premature at this stage, it is just another example of how changing in consumer behaviour can directly, and quickly, influence freight pricing, and bring about a correction.

For our part, we will continue to provide alternative solutions, such as our direct charter options, a range of flexible Named Account Deals, alongside our aggregated Q10 product which are all performing at acceptable levels given the challenges we are facing on an almost daily basis. Our priority, throughout this period, has been to protect our existing business with Cardinal being effectively closed for new business – specifically for Asia Westbound -, so not to compromise current commitments to our clients.

Thank you for taking the time to read my blog which I hope you have found useful and informative. Should you wish to explore this further with me directly, please feel free to contact me at craig.poole@caridnalgl.com

Know someone who would benefit from reading this article? 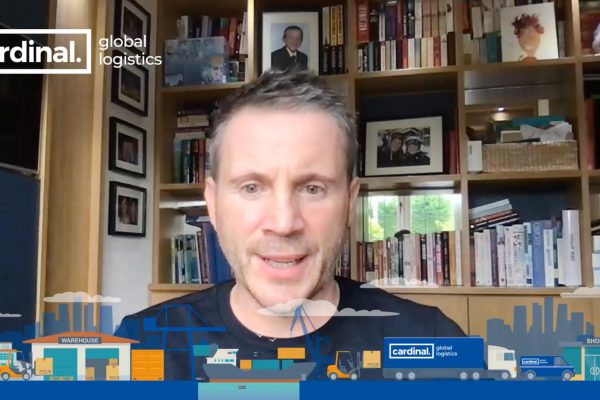 Watch our group CEO, Brian Hay, present at a recent HSBC webinar on why freight rates have risen from USD2000/40’…